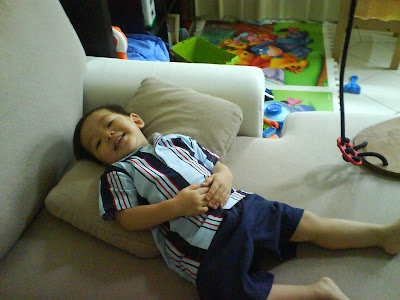 About 4 weeks ago, we noticed Ethan having a couple of ulcers in his mouth and 2 small rashes on his chest. Ordinarily this wouldn't have bothered us except that just a few days before, one of Ethan's toddler buddies had just been diagnosed with Hand Foot & Mouth Disease (HFMD) which had been on the rise! So we went to a nearby doctor and he said that it did look like a classic case of the disease. 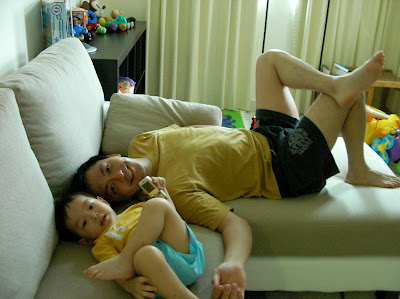 So for the next 2 weeks, we had to stay at home and quarantined from all of Ethan's young friends. Every day, we checked Ethan for further signs of HFMD but apart from a few more spots on his legs, he never really broke out with the major symptoms like fever, blistery rashes, painful ulcers or loss of appetite. 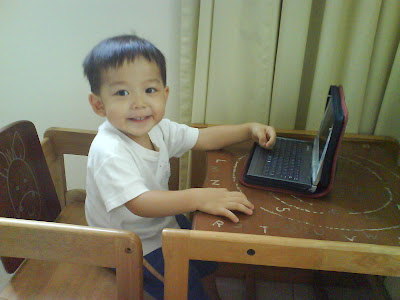 In fact, as you can see here, he was quite his usual cheery self throughout the 2 weeks and his voracious appetite never really did wane! We are pretty glad he caught only a very mild strain of the bug.... actually he's probably the only kid we know of who actually put on weight during his bout of HFMD with all the time he spent relaxing around the house while being quarantined!
at 10:46 pm