We did it! Another Father and Son trip and this time... an epic adventure. Daddy gave Ethan a huge surprise by taking him on an overnight train from Singapore to Kelantan then back again on the next day to arrive at 10pm 30 June 2011... the LAST train to arrive at Tanjong Pagar Railway Staiton before closing and ending it's long history. 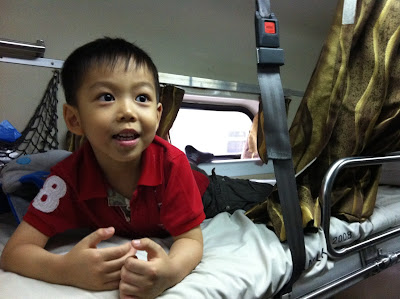 I was a bit worried that only upper bunks were available for our trip. It made eating dinner a little more difficult but we still had a very happy and full meal of nasi lemak and Ethan absolutely loved his top bunk. I asked him if he needed me to cuddle him to sleep but he said, "No daddy, you go into your bed over there!" and he promptly closed the curtains and figured out the velcro closures for himself. He slept all the way through the night while I read my Kindle, and woke up several times worrying whether we would miss our 6.20am stop in a tiny town called Dabong in Kelantan, just south of the Thai border. 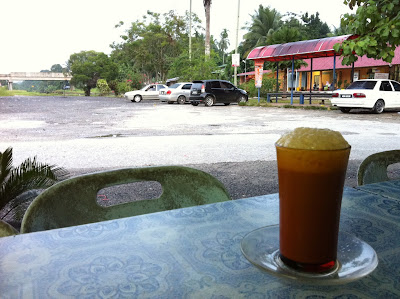 The next morning saw a sleepy Ethan and Daddy get off the train in the dark in Dabong. Ethan wondered why we were getting off when it was still "night time." Soon the day brightened up and we got ourselves tea-tarik, roti cenai, iced milo and fried eggs. 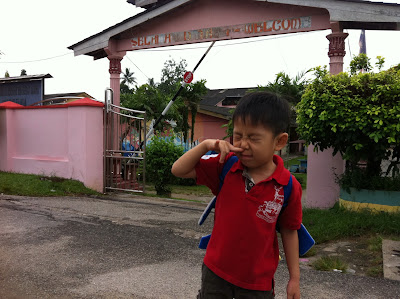 Daddy chose this stop because it gave us 3 hours to "hang around" before we got on the return train to Singapore at 9.30am. We had considered bringing our Brompton with child seat, but the unfamiliarities and chance of rain dissuaded us so we went simple instead and walked around the town seeing the school, the different looking houses, and Daddy teaching Ethan little by little what it means that things are "different but still nice" and why we sometimes go to different places to tell others that Jesus loves them! There were still some smells that Ethan didn't like though!

We made friends with Wan, the Gemas station master who invited us back to stay with him next time (no need hotel!) and visit the waterfall. His wife works at the coffeeshop next to the train station from whom we ordered more delicious nasi lemak to eat for lunch on the way home. 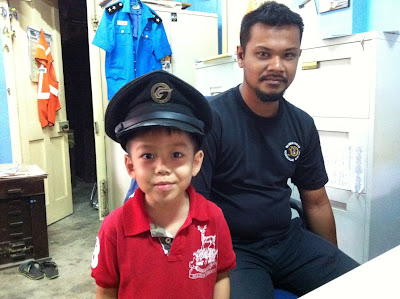 Wan showed Ethan and I the antique token machines that were still functioning. He operates them using morse code and removes the giant keys to exchange them with the train driver. This gives the train the "license" to run on a certain part of the track. 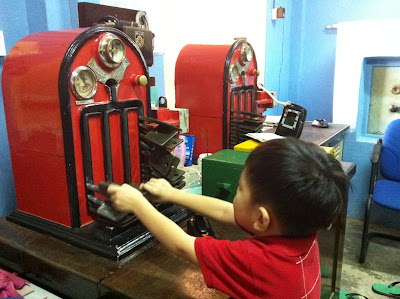 Where and how else would Ethan have gotten to play with 100+ year old token machines at a real train station! Amazing... 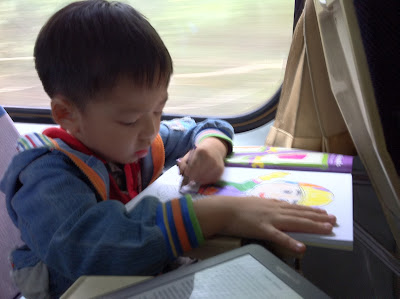 It was a 13 hour journey on the way back. Some may think it's a crazy thing to do with a toddler! We spent 13 hours overnight going up, then immediately came back 13 hours again. But it's totally different on a train than in a car or aeroplane. Ethan loved the whole experience. He did colouring activities, jumped off when train stopped to buy drinks and snacks, and of course played "Angry Birds" but Daddy tried to keep this to a minimum 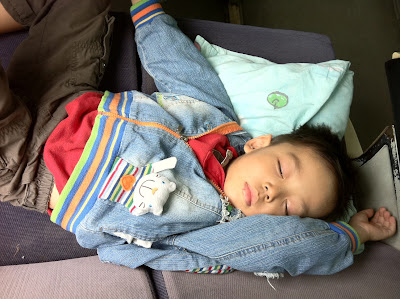 One moment he was colouring, and the next I felt a little head slumped onto my shoulder. The colouring pencil was still clutched in his left hand. I laid him down flat on the chairs and took an empty seat behind him. With children, 2nd Class is better than first class cos there is no armrest in between the seats! He had a glorious 2 hour snooze while Daddy had his own quiet time, Kindle time, thinking time, and thankfulness time. 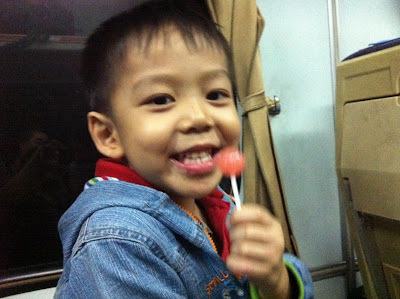 By the time we pulled into Singapore it was dark and things were getting festive on the train. Another carriage was a standing party while ours was quiet with various people chatting. An elderly Sri Lankan gentleman was telling a photo-journalist about how when he first took the KTM trains it was a luxury experience and there was a carriage with a bar and a restaurant which cooked whatever you wanted! We were witnessing the end of an era with the closing of Tanjong Pagar. As the train whizzed by, we could see people standing in their apartments watching the last train go by and waving to us! We stopped at Bukit Timah station and there was another train waiting for us to say "farewell" as they were heading up to Malaysia. Throngs of people were at the normally deserted station taking pictures. We got off the station and Ethan had his hand at "changing tracks!" 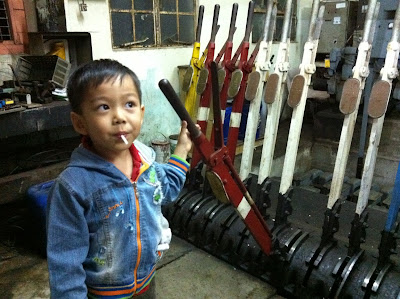 Mummy waited for us to congratulate the boys on our highly succesful epic adventure. Daddy's pocket was very pleased because the whole trip including food cost us only $90! It was certainly the most memorable, historic, cheapest, and intensive Father-Son trip ever! 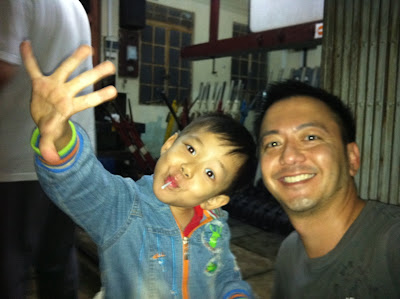