Grace and a Missed Train

Two weeks ago Ethan and I had a grand adventure like this. We were going to take an early morning KTM train from Johor all the way to Thailand for the Sawa mission trip, but we were late! We ran through the Singapore checkpoint, sat nervously on a bus in a Causeway traffic jam, waited in a long queue of people at immigration, and ran to the train platform in Johor. We were supposed to meet the rest of the missions team the next day in Thailand, and if we missed the train we were in trouble. Both of us were very worried but we prayed to God and said, Jesus please help us! Make something wrong with the train so it won’t leave on time! If we miss the train, please show us some other way! 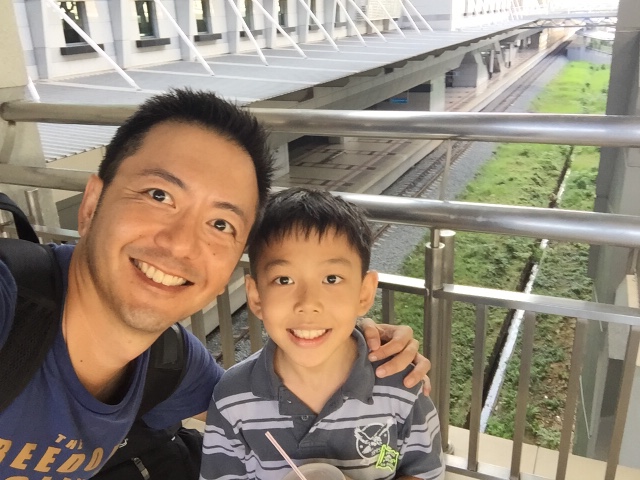 We ran panting and sweaty and arrived at the station, but they said – the train left 10 minutes ago! We were so sad. I went to the ticket counter to ask about the 5pm train. “Is there any seats on the night train to Thailand tonight? I knew that this was impossible. Because I had been checking weeks ago and all the tickets for the night train had been booked long ago. They are the most popular and always sell out first. But I just asked anyway and the lady said, “Two of you? This is your lucky day we have two sleeping beds on the night train available!”  “Yes, I’ll take it I said. But how is this possible I asked her?” She said, “I don’t know. Someone must have cancelled their tickets at the last minute!” 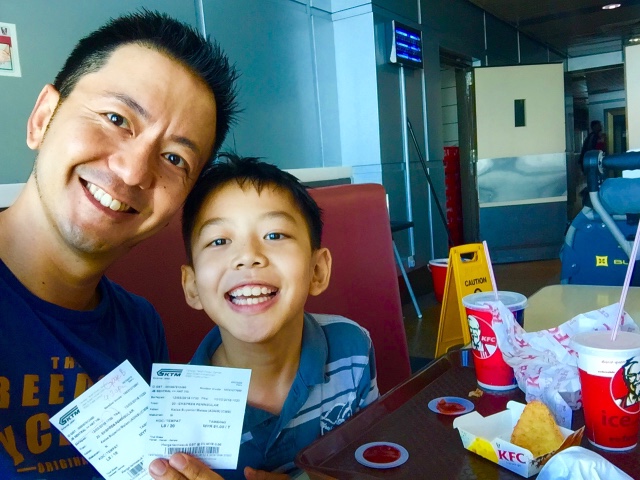 I bought the tickets and collapsed in the chair. We were going to be okay! We were saved from the mess we were in. For a long time we thanked God, and I told Ethan: “This is grace son. We don’t deserve the tickets on the night train. It was our fault that we missed the morning train, and there would be no way to ever get tickets on the night train – except that we did! And the people who decided not to go were kind enough to release their tickets. God gave these tickets to us. He didn’t have to, but he did!” 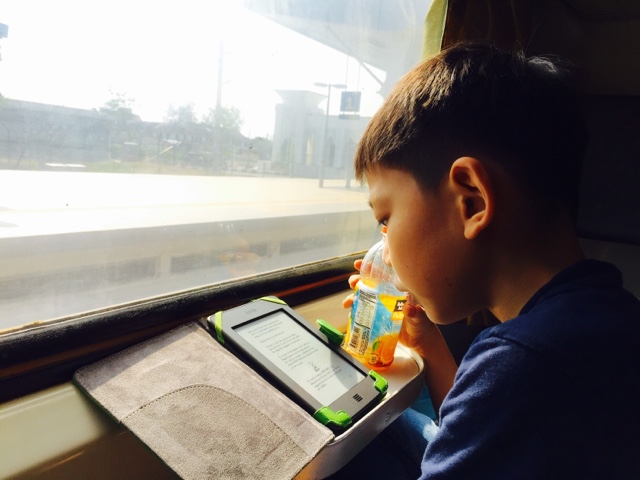 Getting to a point of humility and receiving God’s grace can be a painful process. When I was late for that early morning train, running across the Causeway and looking at my watch there came a moment where I knew we were definitely going to be late and would in all probability miss our train. I had a little boy to take care of. I was hot and sweaty. I was frustrated and angry. It’s much easier to be angry at someone else rather than yourself! It’s always easiest to put the blame on those closest to us. So in my head I was struggling with putting blame on my wife! “If we had left the house a little faster, if she had been quicker etc. etc.” I was battling with these thoughts in my head because a part of me wanted to blame her, but another part knew it was neither right nor helpful to do so!
After some struggle I resolved it in my head. This was while Ethan and I were stuck in a bus in a traffic jam on the Causeway. I turned to him and said, “I am sorry Ethan, we may miss the train. It’s daddy’s fault. But we’re still together so let’s be thankful for that and let’s trust God for whatever happens.” There’s something healing and peaceful about settling in your heart that you will truly take responsibility for what is going wrong. The problem doesn’t go away, but you accept whatever happens and you are at peace. 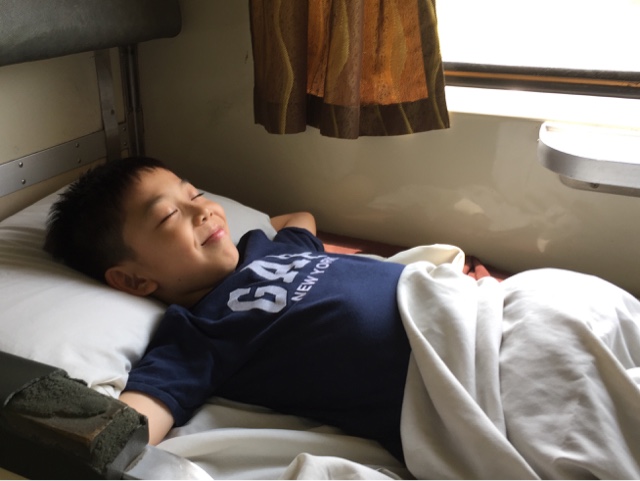 Jesus saved us! He showered us with abundant grace! That night, Ethan was in paradise, because for him, paradise is a bed on an overnight sleeper train with his Dad, on a ride that lasts for 20 hours! And that noisy, bumpy KTM train ride was better than any Shinkansen because we didn’t deserve it, but God gave us exactly what we needed.
at 4:08 pm