It was time for Ethan to try his first pasta, so I attempted a modified bolognese with macaroni. Here is the first stage with my regular minced beef, onions, and herbs. But this time it was less garlic, less pepper, hardly any olive oil, and added carrots. 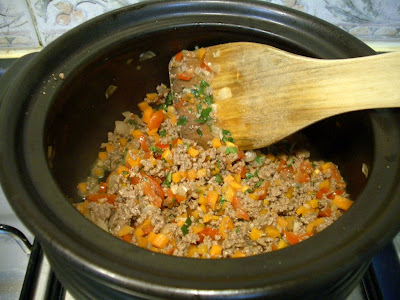 Canned tomatoes are easy to use for adult pasta, but I wanted to avoid the extra salt and had run out anyway. So in went some chopped cherry tomatoes and a tiny bit of sugar. The rich colour and consistency still required tomato paste though, which had some salt in it. It looked and smelled yummy. 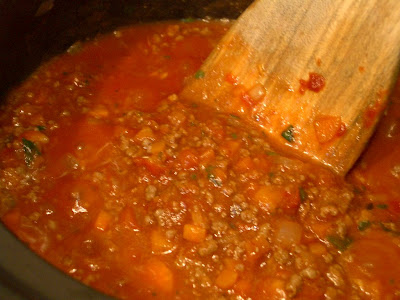 The macaroni cooked in the meantime, and combining the two resulted in this army of macaroni bolognese. Unfortunately it has to be off to the freezer for this platoon, so Ethan will have to try his first pasta microwaved. Not exactly the choicest of options, but since al dente is too hard for him anyway I don't think it mattered too much. 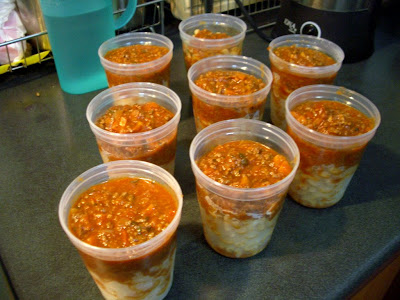 After all that it was time for the taste-test. Not ours, but Ethans. Turns out that while he seems to like the pasta and the tomato sauce the beef (though as small as I could make it) took a bit of effort to chew as does the pasta. So he ate quite a bit slower than usual and seemed to get tired after all that chewing. Verdict: Partial success. Next time, more sauce and less meat!

As for mummy and daddy, we treated ourselves to grilled portobello mushrooms and a fresh hamburger patty melt on rustic bread with a lovely mixed salad. While Ethan's smelled and looked quite appetizing, ours was still better... 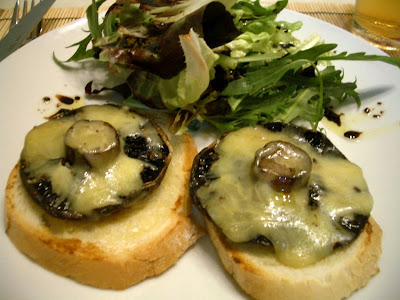 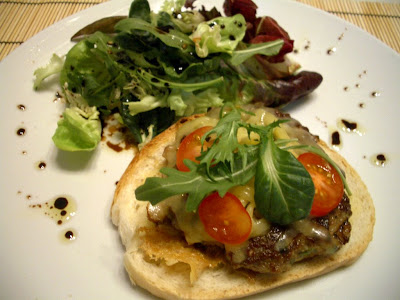 I suggest you try using the pasta that is in the shape and size of rice grains - I forget the name. he should love this. later you can use alphabet pasta which you all liked when you were young